Before diving into the story of Olé Guacamole, it might be helpful to give a quick overview of the gameplay so that you understand certain thoughts in this designer diary.

In Olé Guacamole, you take turns saying a word that does not contain any of the letters revealed on the table and is related to the last word said. Bit by bit, there will be more letters in the middle of the table, and the first player to make a mistake takes negative points. The game ends once the deck of cards is empty, then the player with the fewest negative points wins. 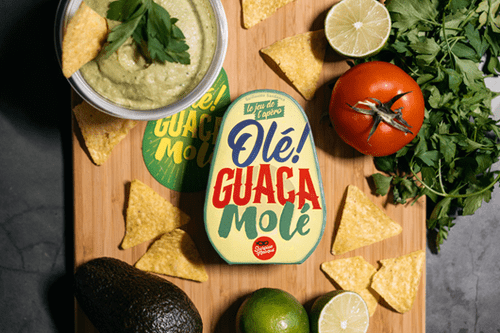 The perfect game to share with family and friends

In February 2019, I was set on challenging myself to create one game per week (including the contents and rules) and share it on Facebook and Tric Trac (a French website dedicated to board games) as a print-and-play. I wanted to make games that were simple to explain, quick to play, easy to carry, and playable with more than six people.

After various attempts, I landed on letter games by testing several mechanisms: roll-and-write, pattern recognition, dice, etc. One evening, I had the idea of a game in which you flipped over cards with words you were absolutely not allowed to say or else you got a strike. Several playtests later, the idea was gradually refined, going from forbidden words, to forbidden syllables, and finally forbidden letters.

The game was enjoyed at many gaming conventions and nights at game pubs. Players were even playing back-to-back, so I decided to send information about the prototype to a few publishers. 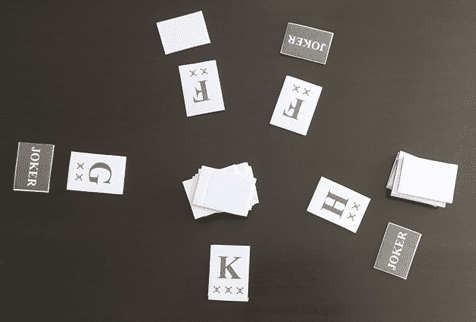 I generally work using the "message in a bottle" system: I contact publishers whose catalog aligns with the game and send them a video and written presentation. It doesn't matter whether I've physically met the publisher in person or not. (I mainly contact publishers I've never met.) My first emails were sent on October 15, 2019.

Soon after, I received a response from Christian Lemay from Scorpion Masqué, who expressed interest and asked for rule clarifications as well as whether there was a way to playtest the design. I sent him a print-and-play version of the game so that he could try it.

After several emails, he asked whether it was signed by any other publisher, while noting that he was getting ready to leave for SPIEL in Germany. I told him that he was the only one to try it so far and that he could take his time getting back to me. Just seven days later, he messaged to confirm he wanted to publish the game, saying that he would send an email as soon as he got back from Germany, if I agreed. 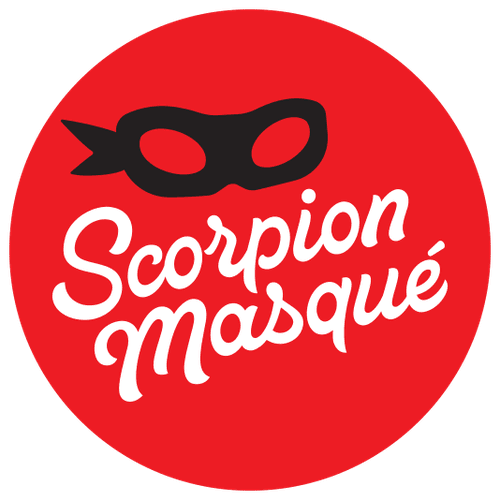 I signed the contract almost as soon as he emailed it. I'm not a huge reader and contracts scare me in general, but what Scorpion Masqué sent was only two pages and had all the information clearly, cleanly, and precisely detailed. Breaking down this type of no-frills contract took me less than five minutes, and I didn't hesitate a single second before signing it. 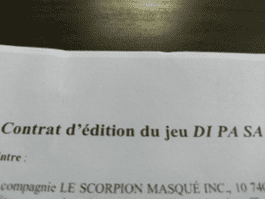 A snippet of the contract I received

Meeting the Rest of the Team

The same day I signed the contract, Christian introduced me over email to Manuel Sanchez, Scorpion Masqué's creative director, who would oversee the development of the game. From then on, we regularly exchanged emails about the game and began thinking about the theme and title.

After this series of email conversations, Christian, Manuel and I finally met in person at the 2020 Festival International des Jeux in Cannes. (FIJ is one of the largest Francophone conventions dedicated entirely to board games.) We were able to touch base on the development progress — what had been tested, which elements needed to be improved, how we could explore other avenues, etc. — and on the various editorial challenges we needed to overcome: trouble finding a title, how to position the game in terms of product line, price, components. This meeting was extremely useful for defining the next steps of development and which aspects of gameplay still needed to be tested, both by me and the Scorpion Masqué team. 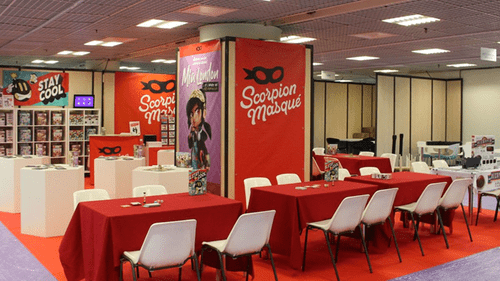 The Scorpion Masqué booth at FIJ 2020

It's during this phase that the publisher tries to cut a diamond from the rough and make it shine as bright as possible. Manuel and Scorpion Masqué worked a lot on improving the gameplay mechanisms, balance, and pacing. During development, I was also able to join several brainstorming and playtesting sessions.

The first version of the game (DI PA SA/ DON'T SAY "THAT") was fun, but it lacked something in terms of rhythm and fluidity during games. After many tests, Scorpion Masqué added special cards that created surprises and twists throughout the rounds. (Some cards changed the direction of play, which really spiced up the experience for players.)

The overall balancing of the first version was not necessarily optimal, but thanks to extensive research, Scorpion Masqué adapted how often certain letters appeared according to the target language. Now everything was fine tuned perfectly.

Scorpion Masqué then had the tremendous job of editing the final rules for the game. The current rulebook is really accessible. We explored several avenues for the rulebook, but some were quickly abandoned because they didn't add much to the game. (Specifically, we tried creating a team variant, but it wasn't finalized.)

Relative frequency in the English language

Finishing the Rest of the Work

While development was underway, many other elements of the game were being worked on: the title, illustrations, graphic design, contents, etc. Publishing a game is painstaking work; every decision is carefully considered, and particular care is given to each element, such as the exact number of cards in the box, the format of the cards, the layout of the box, how it fits within a product line, and the identity of the target audience.

One of the biggest hurdles during this project was finding a name and a coherent theme. I attended several brainstorming sessions, trying to find the perfect name. We finally landed on one after an important period of reflection. Now, the name seems perfectly logical, simple, and obvious, but it wasn't easy to find it.

For the graphic design and illustrations, illustrator Sébastien Bizos also undertook a huge project. I was already amazed by the graphic work the Scorpion team did on Master Word, and I was stunned by the final look of Olé Guacamole. Again, I was lucky enough to get previews of major progress. 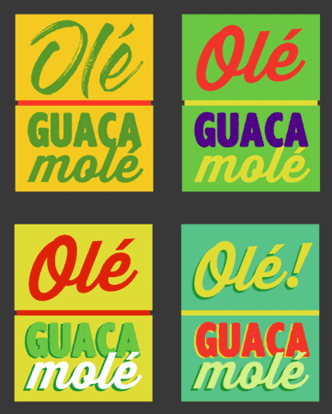 Olé Guacamole was released in stores in mid-2021 in France and in September 2021 in Québec. The public responded to the game immediately, and it quickly became out of stock. (This also happened for the second print.) Today, the third print of the French edition is available in stores, and the game is still thriving.

When the game came out, I was on cloud nine — it felt like I was in a lucid daydream — and it's still the case today. I had the chance to participate in many in-store events and met so many players. I still never get tired of teaching my game.

The publisher and distributor of the game in France also hosted several in-person events. The impact of this game will never cease to amaze me. I love seeing people of all ages, friends or complete strangers, having fun and laughing together. 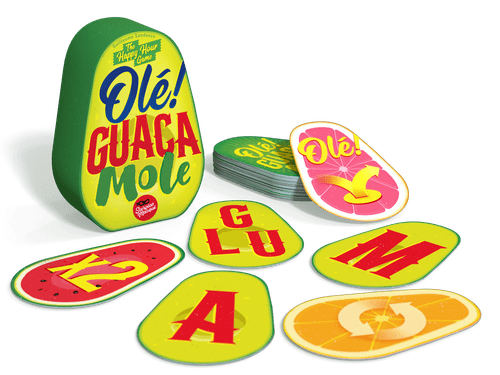 When I learned that there was an Italian and Spanish version of the game, I was so thrilled. Now that the game is available in English, I can't sit still and am so overwhelmed with happiness. I hope you enjoy the game and have fun with your family and friends.

I would like to thank the entire Scorpion Masqué team for their confidence in Olé Guacamole and their investment in the gaming scene, as well as every single person near and far who helped make this dream possible. 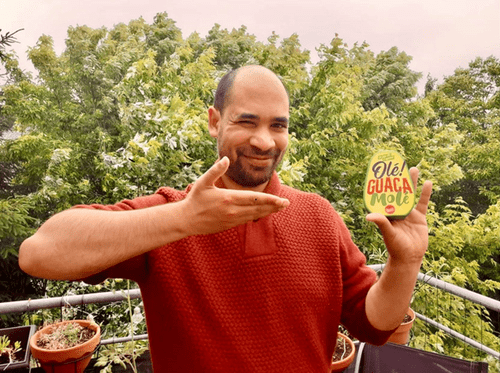